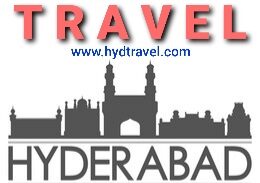 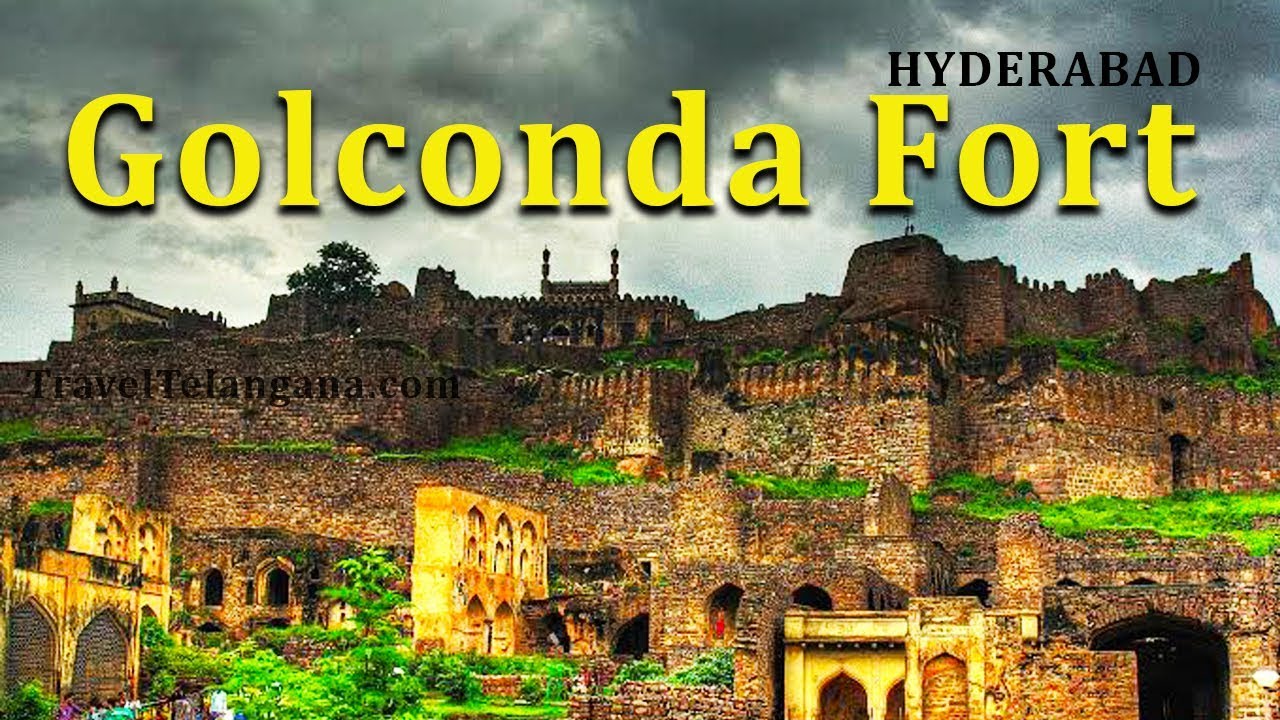 The million dollar question remained unanswered as the historic Golconda fort is fully secured for thousands of visitors who throng everyday in Hyderabad.

Hundreds of tourists, or even thousands during the holidays visit Golconda fort every year in Hyderabad, given that the massive fortress it is a must-see historical site known globally. While it is a wonder in its own right, the unfortunate part of it is that visitors, including those from Hyderabad, aren’t aware of the fact that what they see is just a tiny portion of the actual fort that once was a walled city.

The idea of what Golconda fort is, depends on who we ask about it. Anybody from this generation will mostly know about the Bala Hissar (royal area; literal meaning is high fort) part of it, which is the ticketed area controlled by the Archaeological Survey of India (ASI). However, what most don’t know is that the Golconda fort area in itself is about seven kilometres with scores of smaller structures in it.

In fact, many visitors even miss important details on the fort’s Bala Hissar darwaza (pic below). The motifs on the door include Shirdals from Persian mythology, peacocks and Yali (from Hindu mythology).A Shirdal is a creature from Persian mythology, which is said to have the body, tail and back legs of a lion, and the head along with the wings and front talons of an eagle. Interestingly, Shirdals also a part of the ‘Alam’ motif feature that adorns inner the walls of the Charminar.

In total, the Golconda fort has eight gates, with five still being accessible (of which the Makkai/Mecca darwaza in under army control), while two are in the military area and another is in disuse (Patancheru darwaza). Thanks to decadal encroachments (mostly unauthorised construction of homes) by locals and real estate developers, many parts of the medieval monument today don’t exist.

According to old history book, apart from its eight gates (Mecca, Banjari, Bodli, Bahamani, Moti, Fateh, Patancheru and Jamali) which are still intact, the fort also had 87 bastions, palaces, mosques and several other monuments which have all mostly been demolished and lost to encroachments.

The Qutb Shahi tombs, where the Golconda or Qutb Shahi (1518-1687) royalty are buried, has also lost its original connection to the fort due to this very reason. Today, what remains of the Golconda fort are the Bala Hissar area, its gates, Naya Qila (half of which has been turned into a private golf course) which has a centuries of baobab tree, its bastions and a few lakes which less than half of what those used to be.
In case you are wondering how the Golconda and the fort looked once upon a time, here is an archival image of both from the city

The above image is of the Qutb Shahi tombs from the Golconda fort from the Patancheru Darwaza. One can see that there is barely any encroachment there. The picture is presumably from the 1980s. Today, the Patancheru darwaza welcomes people with trash thrown there by locals. Essentially, the entrance to the gate has become a garbage dump, and the rest is often used by anti-social elements at night.

One has to walk through stench to get to the gate, which in fact still is intact and has beautiful motifs on it like the Bala Hissar.

It may be noted that the entrance of the gate was however cleaned up recently after MA&UD special chief secretary Arvind Kumar was apprised of its situation by the author of this article (as the GHMC takes care of the garbage).

However, surprisingly, that darwaza it one of the few places of the fort which still actually has a moat (a deep ditch filled with water as a line of defence) which still survives to this day. More importantly, it also still has many cannons, including the Fateh Rahbar (on Petla Burz) that one can reach. It is truly worth saving.

However, the ASI, which controls the Golconda fort, does not have any security posted there, or anywhere else aside from the main fort area which is ticketed. That pretty much sums up the issue, as to why the fort’s beautiful doors, bastions, cannons and other parts are all neglected. It may be noted that there is ASI security posted at the Naya Qila area.

A major issue that heritage activists have had is with the existence of a golf course in the Naya Qila area of the Golconda fort. The area, which is now cut-off from the Golconda fort due to local encroachments, was developed into an external fortification after the first Mughal attack (during the time of Emperor Shah Jahan) on Hyderabad in 1656.

Naya Qila in fact houses monuments that even predate Hyderabad. Half of it however is open to the public. People have access to the Baobab tree, which is believed to be over 400 years old (said to have been planted there by African friars), the Mustafa Khan Masjid (which was built in 1561 and predates Hyderabad), and the Mulla Khyali Masjid, believed to be named after the Deccan poet Mulla Khyali.

It also has two big bastions, called Laila and Majnu, aside from the a four mentioned sites which are all accessible and open to the public. The Hyderabad Golf Course Association has absolutely no authority as the Naya Qila is under the ASI, and visitors have every right to see these places.

Last year in October, a huge portion of the historic Majnu Burj (bastion) in the Naya Qila came crashing down due to heavy rainfall that lashed Hyderabad in October. The bastion was already in a vulnerable state since September 2020, and wedge marks on the rock show indicated some human intervention with regard to the collapse. The incident is supposed to have transpired on October 9, 2020.

Nearly a year after its collapse during the last monsoons, the Majnu bastion in Golconda fort continues to be in a state of disrepair. The ancient historic site was one of the few places which witnessed damage during heavy rains last year in the fort. The Archaeological Survey of India (ASI), which runs the historical site, was supposed to undertake repairs, but that has not happened so far.

It is in light of incidents such as this, that one wonders what has stopped the ASI from better preserving the Golconda fort in its entirety. Officials have always claimed that the body does not have any power by itself to take action against encroachments (which is true), and that other departments like the GHMC or police do not respond on time, or take action against encroachments. In spite of repeated attempts, there was no response from ASI officials for this article.

An activist from the city, who did not want to be quoted, said that pretty much most of the palaces and other old structures within the perimeter of Golconda fort’s boundary have been lost. “While I understand that people also need a place to stay, rapid organisation combined with local politics has resulted in people constructing homes after demolishing monuments that were of immense value,” he added.

The activist said that if whatever is remaining is also not preserved, then the boundary wall and gates of Golconda fort may also disappear over time.

History of the Golconda fort

The Golconda Fort’s origins are traced back to the 14th century when the Rajah of Warangal Deo Rai (under the Kakatiya Kingdom which ruled from Warangal) built a mud fort. It was taken over by the Bahmani Empire between 1358 and 1375. Later, it was developed into a full-fledged citadel by Sultan Quli who founded the Qutb Shahi kingdom in 1518 following the death of last sovereign of Bahmani Emperor Mahmud Shah.

Sultan Quli was a commander and later governor of Tilang (Telangana), under the Bahmani Empire (1347-1518), when its second capital was at Bidar. Sultan Quli, who was originally from Hamadan in Iran, rose to the level of Governor under the Bahmani Empire in early 16th century. At this point of time he was given the fort, around which he began developing a walled-city. It eventually came to be called Golconda Fort (name derived from Telugu Golla-conda, or shepherds hill).

The fort has 87 bastions, and eight gates, of which a few are not accessible to the general public as they are under the army control. It is believed to be one of the Deccan’s most impregnable forts, and had kept Mughal emperor Aurangzeb’s army at bay for eight months until he succeeded and conquered Hyderabad in 1687.
Hyderabad was founded in the year 1591 by Mohd. Quli Qutb Shah, the grandson of Sultan Quli, with the Charminar being the city’s foundation. The city turned 430 years old this year. #KhabarLive #hydnews

(About the author: Yunus Y Lasania has over 9 years of experience in reporting, he is a journalist who has worked with 3 national dailies in his career. He last worked as the state correspondent for Andhra Pradesh and Telangana with Mint.)